Notably, there has been significant variation in performance between sectors. The retail segment remains subdued and downside risks will emerge for office assets over the longer term, according to the Moody’s.

“The stable outlook reflects our expectation that rated A-REITs’ aggregate net operating income will grow 2 per cent to 3 per cent in the next 12-18 months,” Moody’s Investors Service vice president Saranga Ranasinghe said.

“Still, vacancy levels have risen from low levels for office and retail REITs. We expect vacancy levels will remain weaker than pre-pandemic levels over the next 12-18 months,” Ranasinghe said.

In its quarterly review report, Dexus found that office volumes amounted to $6.2 billion in the year to the third quarter. The larger deal includes its September sale of 452 Flinders Street for $440 million in Melbourne.

Foreign investors remain active comprising 35 per cent to 40 per cent of sales in the year to date.

“Australian economic growth forecasts are relatively steady on a global scale, with latest forecasts from the IMF predicting less downside in 2020 and a return to growth in 2021,” Dexus research manager Peter Studley said.

“However, much depends on our ability to suppress Covid-19.”

Moody’s expects office REITs’ earnings will weaken from current levels due to uncertainty around longer-term structural shifts in demand and increasing supply.

Sydney and Melbourne are home to Australia’s largest office CBD markets, and have historically had low vacancy rates. As a result, rated A-REIT’s in the office segment are disproportionately exposed to the two cities.

“We expect net absorption in these two cities to be negative over the next 12-18 months, as demand weakens and supply increases,” Ranasinghe said.

“Supply in Melbourne and Sydney will increase more rapidly over the next 12-18 months, which is negative for leasing conditions. In particular, by calendar 2023 substantial new supply in Melbourne could significantly reduce rental prices and asset valuations in the city.”

Rated A-REITs have strong liquidity, with minimal refinancing risk in the next 12-months.

“Despite our expectation for reductions in asset values, average property values would need to fall 34 per cent from pre-pandemic levels to breach the top end of the rated REITs’ target gearing (debt-asset) ranges and fall 55 per cent to breach their covenant thresholds,” the Moody’s report said.

As traditional brick-and-mortar retailers are moving online, a renewed focus on supply chains is driving demand for industrial assets.

“We expect online sales growth will continue even after the pandemic, as consumers accept this way of shopping and retailers adjust their strategies toward more online offerings,” Ranasinghe said.

“We expect A-REITs will continue reweighting their portfolios toward industrial assets and away from retail property.”

Moody’s notes that the shortage of available industrial property for sale on Australia’s eastern seaboard may increase the risk of A-REITs overpaying for these assets or investing in secondary locations.

“We consider Sydney to be the strongest market for industrial space, given limited space availability, followed by Melbourne,” Ranasinghe said.

Moody’s expects demand will accelerate over the next several years, supporting occupancy and rental growth, particularly in Sydney due to lack of supply. 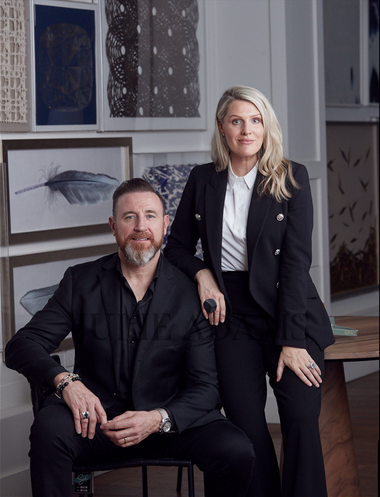 Stay connected with the latest industry updates, property trends, collections and collaborations on the Fiducia journey.

If you are inspired by design, are property conscious, a contributor to real estate or an end-buyer we welcome you to subscribe to your monthly edition of – The Journal by Fiducia.